The Best Anime Ship/Couple of Winter 2021

An anime season is incomplete without its fair share of anime ships a.k.a fans perceived couples. And considering how the end of this season is only a couple of weeks away. It’s about time we decide which is the best ship/anime couple of winter 2021. 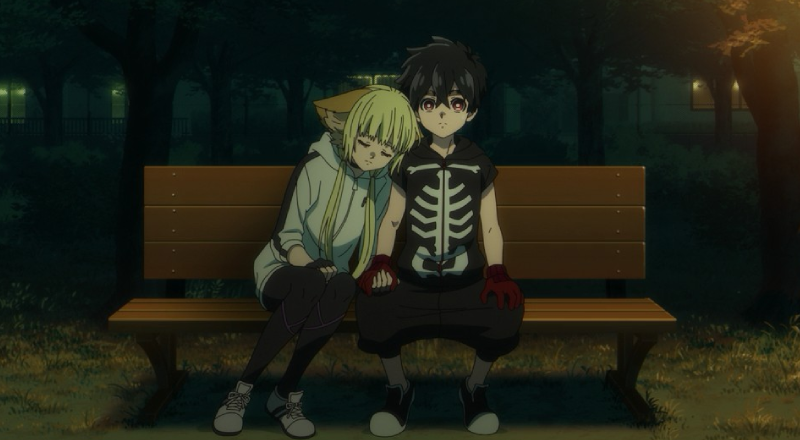 Anime: Horimiya
Possibly the most prominent couple of the year. Both Izumi and Kyouko have a rather awkward start but gradually, they began to develop feelings for each other. The pacing isn’t slow at all. There are no third wheels, both of them just genuinely love each other and that’s only one of the reasons why this anime couple is so sweet and wholesome.

Anime: Attack on Titan Final Season
Now, this is an interesting ship. Romance is rarely found in Attack on titan, and yet for years, Mikasa Ackerman has been suppressing her feelings for the one she loves. But Eren Yeager doesn’t see her that way… Will Mikasa and Eren get together as a couple? Or will things end with regrets? It’s a question, we, as fans, have had for many years and now that the final season is nearing its end. It’s about time we find out.

Anime: Attack on Titan Final Season
When it comes to Attack on titan, the fandom is divided between whether Eren would end up with Mikasa or Historia. Historia is a queen of royal blood… she is a kind and pleasant girl who always manages to pull through when the jig is up. We, as the attack on titan fandom, love her. So if she is the one who ends up with Eren, we’ll have no objections.

Anime: Re:Zero -Starting Life in Another World- S2 Part II
This anime ship is up there with one of the most mainstream anime ships of all time. Subaru fell for Emilia at their very first encounter, that was back in 2016. And for years, people are rooting for him to get together with her. Fortunately, in this ongoing season, these two have started to make some progress.

Anime: Horimiya
What fans love about Horimya is that it isn’t about just one couple. There are also other characters that harbor romantic feelings for the one they love. One such ship is Toru x Yuki… as it stands, they haven’t made progress at all. Or rather, one of them is still acting like a dunce. But just considering how sweet they are together is enough for the fans to root for them.

Anime: Kemono Jihen
The main character Kabane happens to be a half-human-half ghoul, while Kon is a kitsune. But despite the unconventional identity traits, these two make up one sweet and wholesome couple. The anime may still be establishing itself as a new Shounen so it is in its earliest stages, but it’s hard to not cheer for these two!

Anime: Dr. Stone: Stone Wars
After departing in the first season, both Taiju and Yuzuhira appear again in this second season. Taiju may be a little short on brain cells but he makes up for that with raw strength and good will, he is a Man. A tragedy fell upon the world right when he confessed his feelings. And even though, its been thousands of years since then and both of them are now busy infiltrating the enemy territory for the time being. Fans still continue to adore this couple.

Anime: The Quintessential Quintuplets ∬
Considering how The Quintessential Quintuplets is leading the harem comedy genre. The question on which of the five sisters is the best girl, has always been a major topic. Now that the second season is in full bloom, fans are making it crystal clear that Miku is the best girl, and that’s why, she should be the one to end up with Fuutarou.